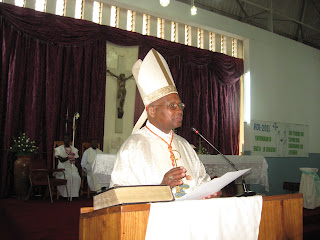 Why is it that in a world where we're all imperfect...we expect people coming into the world to be perfect? There's a recent case that kinda got me heated...Like this one or My favorite . Don't get me wrong. When doctors screw up they really should get sued. I also acknowledge that taking care of a child with disabilities is really hard (mentally, physically, emotionally...etc depending on what kind of a disability the person has) and I do not judge those that chose to terminate a pregnancy based on their various reasons. I also can not judge those that chose to sue because they were never given any choices by their doctors.

All I can say to those contemplating aborting a child because they have an imperfection is that-- what if you have a "perfect" child and that child catches a disease that renders them disabled...what will your choice be then? Just a thought.

I have a friend who before her 30th birthday had her first baby-- born unexpectedly with Trisomy 18. The doctors had stated multiple times that everything was okay with the baby. Baby A.R was born at 3lbs after a C-sections...and the parents in the confusing haze that comes when one has just given birth were informed that their baby was very ill and would probably die shortly. Hospice was the only option. They took it all in stride. The baby was supposed to stop breathing any minute now. They took baby A.R home, where she slept on her mother's chest each night. A mother who hardly ever slept for fear of finding her baby gone from this world unnoticed.

Through her parents hard work, AR was kept alive. They knew she needed heart surgery--but doctors were resistant. She needed to gain weight before they could do anything, and, she was probably not going to make it off the ventilator when surgery was done. Her parents worked diligently to get her to the right weight, sometimes feeding her every 5 minutes. She finally made it for her heart surgery and was found to have liver cancer. That too had the doctor's troubled with surgery, but still little AR's strong will pulled her through.

She is almost two years old-- a breath of fresh air who loves Elmo, laughs when she's thrown in the air, loves to chew on chicken bones, practices keeping her head up on her own and can stand independently for 2 seconds. She enjoys basking in the sun too...boy does she ever! Her face is so peaceful when she is in relaxation...like everything is just splendid in the world.  I especially love how she looks at her mother.


When I think of the road blocks AR's parents have faced with dealing with medical professionals, I wonder at how people that are less read (they both have Ph.D's in chemistry) and do not have the resources to fight-- or the ability to argue their case to physicians and the ethics boards handle such a diagnosis.


Trisomy 18 wasn't a diagnosis I was well versed in till AR's birth. Many people I would assume learnt of it from the recent medical emergency that Rick Santorum's daughter suffered. AR is almost always in the hospital for one thing or another, but that doesn't seem to phase her parents. They are truly amazing.


My parting words are these: Nobody is created perfect. We are all perfectly imperfect.
Posted by Manena at 12:09 PM No comments:


http://www.blogger.com/img/blank.gif
The Baltimore African film festival is taking place this weekend. The movies/ documentaries we saw yesterday were the kinds that make you cry happy and sad tears at the same time! I especially loved Kinshasa Symphony. It's a bitter sweet story of the creation of a symphony in a Kinshasa slum. You see the background stories of the symphony members with stories from a single mother trying to make ends meet to the son of prophet Simon Kimbagu
It's amazing how resourceful people can be when they are keen on achieving something. The musicians made their own instruments and learnt how to sing in German...even though they couldn't speak it.

The next film: Un homme qui crie wasn't quite as good. Too symbolic/ poetic for my tastes. It was about a former swimming champion in Chad during the war whose son is drafted and sent to war. He subsequently dies, but fortunately for the family, his girlfriend turns up pregnant. I wont go on, because it bores me to remember. I just wasn't that into the flick.

A cute little film on sustainability and such Lezare (For Today)

The last documentary: One Way, A Tuareg Journey is about the lives of a Tuareg family in Italy and their journey. The son is making the documentary and asks some interesting questions. Some Italians questioned like immigrants and others have no love for immigrants-- like any other country.


What the videos for me were very thought provoking in relation to appreciating the little that I have. I may not be rich, but I certainly have way more than a good number of people in the world. One of the quotes from the last movie that stuck with me was something like 'Looking at water doesn't reduce thirst"...powerful.
Posted by Manena at 7:51 AM No comments:

The last two weeks have been a little on the heavy side-- but I can see a rainbow today yay!!!!!

One of my friends-- a very bright young doctor age 31 dropped dead (apparently threw a blood clot of something like that). It was soooo sudden we were just left speechless. Terrible tragedy really. There's nothing worse than someone in your age range dropping dead...it really makes you question what's important to you and whether you're making the right choices in your life. Then again-- that really only last a few days, and you go back to making the same sucky choices you were making before-- ha!

Talking about death...why is it that the media took about a week before they announced why George Zimmerman was claiming self defense? Dude said he was turning back to his car when he was attacked....(likely story George!)...it kind of explains why the police might have opted for the slow route to jail....makes them appear less dumb! What a sad situation. 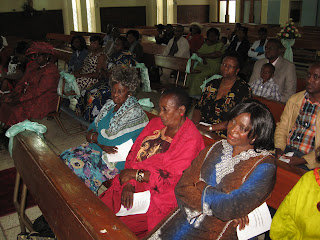 I know I have been AWOL for a long while...but I have officially chosen to be back today on this lovely International Women's day! I hope all the lovely ladies of the world are having a grand day today!

I realized I needed to get back to blogging while sitting in my bed screaming numbers at a girl to win the car on 'The price is right'...isn't that just sad??? lol. I think blogging is really good for me...it made me read more, think more about stuff, offers mental therapy, pep up my self confidence (hmmm, scratch that--- my mirror does a great job!).

So much has happened in between...I wont bother trying to catch up coz that will take all day:-) Will catch you up as i go along. Who I'm I talking to you wonder? Lawd knows! hahaha! I just come here to talk about things I like!

So in all seriousness women: I hope you're taking good care of your health. If you haven't had a physical assessment done this year...please arrange for one to be done. If you haven't had a pap smear-- call your OB Gyn, do a random HIV test and for goodness sake LOVE YOURSELF today-- and I don't mean the other love that comes with batteries-- but if you chose to do that today that's your prerogative too...:-)
Posted by Manena at 8:18 AM No comments: 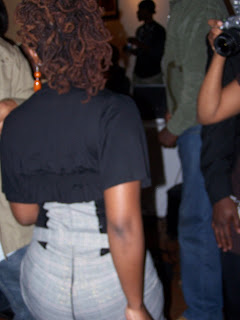 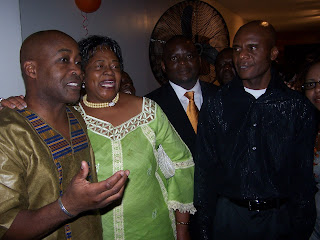 So I had a fun time at the Zambian Independence party in Baltimore. I almost didn't go, but my little buddy made me...and it was a much needed night out:-)

So I am not one to criticize (lol...) but as usual, we started on African time 10pm instead of 7pm. Then, we went into major prayer mode (seriously, I have no issues with prayer, but if I wanted to pray, I know where the church is, I don't need an evening of food and dance turned into a church). Then after the many prayers and religious songs, the speeches started and went on for another eternity. Then someone made a PowerPoint presentation on historical Zambia. So it was a great idea at first. It described a little of the migration of peoples that settled in Africa... then spoke about the British leaving Zambia...then Zambia was Independent.

Ok so the dude should have stopped there, but he goes on to talk about Kaunda's one party state thereafter, Chiluba's embezzlement (or whatever it was), captain solo's incident, Mwanawasa and Banda...I mean are you serious???? How that anything to do with the beautiful idea of independence? It just messed it up!!! It felt like it was a political presentation instead of just a "yay Zambia's independent!" thing.

Other than that...my week has been up and down...my job is kinda sucky at the moment and many people have quit. I am not getting a good feeling about it. Five people have gone...and instead of hiring replacement, we are interviewing agency staff...then the manager wasn't replaced either...they are using someone from a sister facility. Almost like a merger. That tells me something fishy is going on...like they may be closing down or something! So if you know someone hiring...I'm your gurl! hola!!

So what's with the fuel shortage, electricity scarcity and water scarcity in Zambia????!!! Why wont people protest that mess? I mean come on!!! We have kariba damn and all that, then there's indeni, I am not understanding the situation right now. *Disclaimer* i am not inciting a riot or calling anyone corrupt-- just stating the facts! Is Mugabe the president of Zambia?

On a sad note, what's with all these young Zambians dying like every other day? So sad, I appreciate each extra day I live.

It's almost my birthday!!!!

You know I get impossible around my birthday...and I have no clue what the plan is, but you know what even though I don't do much that day, i am VERY content at the moment. I am just happy with my life and that I made it to 21...again! lol. (did you really think I would put my real age here?)
I plan on poppin a bottle of bubbly, eating a cheesecake brownie from Sweet Temptations bakery (will let you know how good it is), I will also have a special dinner, and watch a nice movie!
*************************************
I'm on the phone, so I have just lost concentration!
But really...how about Jon pulling the plug on jon and kate plus eight! wwaahh! /that was sooo funny!!!
- I am sick and tired of the incest Phillips lady!!! For real! How in the world is that news????
Salin Palin has a book... shoot! I need to write a memoir too:-)
I also think I have been watching too much Tyra,,,for real! Too much time on my hands!
Ohhhh... maybe I might see Michael Moore's new flick-- Capitalism: A love story.
I am sooooo sorry phone distraction!!!
ciao
Posted by Manena at 4:22 PM No comments: